Some Video and Audio Resources

Some archived video and Audio below or here

27-27 November 2012, OECD, Paris
Tim Wright participates in a panel event at the OECD alongside Michelle Gittelman, David E. Martin, Jacques Darcy and facilitated by Richard A. Johnson. He reflects on the relative importance of IP in crowdfunding and how crowdfunding is founded in and contributes to knowledge networks. 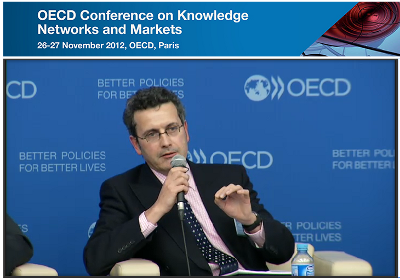 I was invited to give evidence on the subject of crowdfunding to this group of influential MSPs at the Scottish Parliament building in Edinburgh. Accompanying  me as a co witness is Neil Simpson finance Director of Brewdog. My contribution begins after about 20 seconds


Interview on French radio station Eur@dioNantes and asked for his view on the prospects for crowdfunding in 2014.


listen to ‘The Prospects for crowdfunding in 2014’ on Audioboo