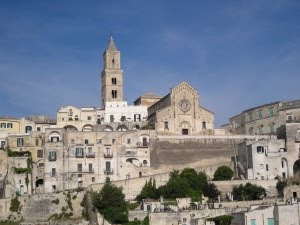 Back from Italy and reflecting on what was a terrific IFKAD Conference, which seems to get better year on year. Seeing old friends and meeting new ones, fantastic conversations and presentations, all set in the beautiful town of Matera – what more could you ask for? Well the beautiful full moon over the Sassi at the reception at Baccanti was a bonus, the thought provoking key notes (who could believe accounting could be so enthralling), and that sensational pecorino cheese also helped. Staying in a cave as a hotel room adds a little something, and the fascinating creative contributions of the MAP consortium cascading through the events all combine to make it a memorable trip. Tampere has a challenge on its hands to top that next year.

On a more specific note I had a series of particularly interesting conversation with Rob McLean about the similarities of the challenge with CSR reporting and IA reporting and the possibility of using his Value Stream concepts as an alternative to Elkington’s Triple Bottom Line. We also considered the application of Social Media tools to introduce a concept of what we described as “emergent reporting”, a method not only of satisfying reporting demands through genuine transparency but also a method of generating fantastically deep insight to stakeholder issues. More on all of this in some later bloggs.

It was interesting to hear talk in one of the plenary sessions around the progressively constrained publishing of academics and it strikes me as an interesting bifurcation with the potential opportunities for mavericks in business made possible by what are increasingly described as “portfolio” careers. The tension in this it seems to me is that if academics are not supplying some innovation to transfer into business will they be progressively compelled to take a passive reporting stance as opposed to a proactive or initiating stance on business innovation?

As always JC Spender was one of the most thought provoking speakers and conversationalists. As someone who very early on saw the limitations of the generally applied information bound KM paradigm you can always rely on JC to push the debate forward. I was particularly pleased to find that we have a shared interest in the historical perspective of business and particularly in the origins of trading companies, and what can be learned from their experience, which have many contemporary parallels. Again some more bloggs to come on this over the next week or so.

The Stream of papers I co chaired with my colleague Daniela Castrataro of the IA Centre on the implications of Social Media on IA/IC and KM had some fascinating papers and, as we expected, proved to be a very fertile field for study.

So thanks to Giovanni and the team from University Basilicata for hosting us so well, and we look forward to next year.
Posted by Tim Wright at 9:33 AM No comments:

On Friday my colleague Daniela Castrataro, of the IA Centre, and I made a brief presentation of the preliminary findings of our Social Media Usage in the Workplace survey. The slide pack for that is available here.

We will be presenting more detailed findings at both the IFKAD 2010 Conference in Matera, Italy 24-25 June and at ECKM in Famalicão, Portugal 2-3 September 2010
Posted by Tim Wright at 3:07 PM No comments:

With all the chat about the break up of the FSA you might have missed that The Financial Reporting Council will be launching its Stewardship Code for Institutional Investors soon, a document that is traced back to Sir David Walkers November 09 report on governance at banks and financial institutions. The aim is to provide greater transparency and accountability for investors particularly in relation to pension schemes. Its an interesting one because I have been somewhat queezy about some of the recent comment around BP that amounts to the suggestion we should turn a blind eye to poor corporate behaviour for the sake of “all our pension”. Well not mine mate.

I have fairly firm views on ethical investment and shareholder activism, but it is always interesting to hear what others feel. As you may know I also have firm views on the phrase “Best Practice” so I was a bit disappointed to see it as part of the aims of the code but hey you cant get everything in life. Didn't hear any mention of “going forward” though so have to be thankful for that.
Posted by Tim Wright at 10:00 AM No comments:

Now I usually maintain that the only technology that KM relies on is a kettle. But lots of people still make the mistake of making direct links between KM and IT, and this is very common at conferences. With that in mind and as I have to put up with it for the foreseeable future I thought I would share an eye rolling moment I came across the other day

I will spare them the embarrassment by not naming them but I was reading comments by a conference speaker who was deriding Microsoft Sharepoint as being responsible for increasing the number of “silos” in his organisation after it had specifically been deployed to counter that.

Now I don't want to get into a debate about the relative merits of particular software packages, and I certainly don't want to be seen as recommending any particular product. But lets face it Sharepoint is a common whipping boy. Now anyone that knows me will know I am an advocate of open source options and so I have no particular fondness for proprietary products but Sharepoint cant be without some merit.

However... I think this habit of blaming the product is a little unfair. It is common but it is a cop out and those doing the blaming should perhaps have a look at themselves - after all the software itself is relatively benign.

Its is how it is chosen, specified, deployed, configured and used that causes the problem, and the cultural pressures that influence those processes.

Some of the common traps for products in the business collaboration arena is that there is often an expectation that one product will do pretty much everything. It wont. Of course the vendors will tell you it does and every generic function you are looking for you will be told it will do – but it will do them in its own way. This is not a good thing and will hamper adoption and use. It is also an easy path to losing site of what you want to achieve because the focus is drawn to the product rather than the objective. Better to find a core application that majors on a core function and then add other familiar specialist tools for the more esoteric needs. Don't be taken in by the promise of “better integration of products all coming from the same house” – its rarely true or preferable.

The other common issue is that typically the deployment of “collaboration tools” frighten many as it promises a level of open access that is not what they are used to and typically viewed as a threat to the power held by gatekeepers. This means the promise of openness will often have a inverse effect and the resulting model, after much blood has been shed, is more highly constrained access than existed before – hence more silos.

But all of these things are avoidable problems and it doesn't have to be like that. Much more iterative and emergent approaches will yield better results and hopefully no one will need to blame the software.
Posted by Tim Wright at 11:07 AM No comments: