Do You Hear the People Sing? - Les Mis as a lesson for SM 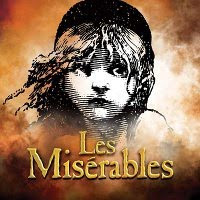 I have always been reassured to discover that I am not the only person to have little benchmarks that we use to assess new acquaintances. Stuart Maconie revealed in the magnificent Cider with Roadies that he doesn’t really trust anyone that doesn’t dance. I read with glee how David Niven was tested at helm of Humphrey Bogart’s boat in The Moon's a Balloon, and my dad’s gruff maxim “Never trust a man in white shoes.” has never let me down. But last night I was reminded of one of my own unconscious bell weathers when Matt Lucas revealed his love of Les Miserable when he performed in the anniversary show at the O2 in Les Mis at 25: Mat Lucas Dreams the Dream

And that measure is? "Be wary if anyone that doesn’t find Les Mis moving – as they are probably already dead."

I have had the pleasure of seeing the stage show many many times and I remember well when it arrived in Melbourne when I lived there in the late eighties. The blokeish culture of Australia might not seem to be the most fertile location for such a show to thrive, and my evangelism of the merits of teh production I had already seen several times in London first fell on deaf ears. But I shouldnt have worried. The trams were duly plastered with a smart advertising slogan – “Les Mis – moves more people than the Met.” The Met being the colloquial term for the metropolitan transport system. The show was a sell out

But at the risk of sounding like I am trying to twist this into something relevant there is another reason why I love Les Mis. To me it is an excellent example of two very powerful lessons. These are firstly that gatekeepers are often wrong, and secondly that it is possible to overcome them. Today the internet and social media tools give us extremely powerful mechanisms to do that.

They provide us with a mechanism to burst open many of the gates so firmly closed by gatekeepers in the past, and they allow for popular feeling to not go unheard, to connect and find its voice. The democratising potential of these tools has application in so many fields and we have seen many barriers fall as a result of their invention.

How does the analogy work? Well Les Mis was not a success when it opened. I remember it well when it was at the Barbican and last nights programme had stark reminders of how cruelly dismissive the critics were of its initial opening. But these self appointed gatekeepers were wrong – evidenced by the fact that the show is now the worlds longest running musical. People loved it and its success was driven by word of mouth recommendation generated by the passion and emotion of the production. Of course simple popularity is not the only metric of success but I think you would have a hard time convincing me that Les Mis is not a success on other levels as well.

Of course this happened before the web and twitter, my point is that the principles apply and this type of viral success is so much more accessible and possible now with tools available to us.